I am the people, I am the home,
I am the trap, I am the seed,
I am both wise and delirious,
I am both enslaved and free,
I am both sad and happy,
Do not part, do not part,
I am the Ka’ba of Secrets.
Shams al-Tabriz
In the Muslim Sufi tradition the sun, representing the “Magnificence / Jalal” attribute of God which manifests the Truth of the Prophet Muhammad, was brought forth in Shams al-Tabriz, a friend of God whose entire existence was filled with the meaning of God. This manifestation has shown itself through its formation like that of Revered Mawlana Jalal al-Din Rumi; as a fruit that has matured by burning.
Then who is Shams al-Tabriz, teacher of Mawlana Rumi who affects the entire world with increasing energy for so many centuries? Where was he born? From whom and which trainings and educations did he receive? Who is his family? Under which circumstances was he raised?
How were his behavioral and ethical manners and his life style? What secrets are hidden in his interpretations of the universes?
Why did he come from Damascus to Konya in order to illuminate Mawlana? What is Shams al-Tabriz’s fate? Where is his tomb?
This work serves as a reference book for topics of interest on Revered Shams al-Tabriz, compiling the papers presented at the 2009 “Enlightened by the Sun”: International Shams al-Tabriz Symposium. The participants of the symposium included valuable academicians and researchers from around the globe such as Cemâlnur Sargut, Mahmut Erol Kılıç, Semih Ceyhan, Carl Ernst, and Omid Safi. 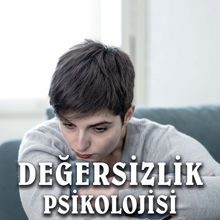